The highest situated settlement in the High Tatras is Štrbské Pleso, which lies at an altitude of 1350 meters and thanks to  the glacial moraine lake´s beauty, it is considered the "pearl of the High Tatras". 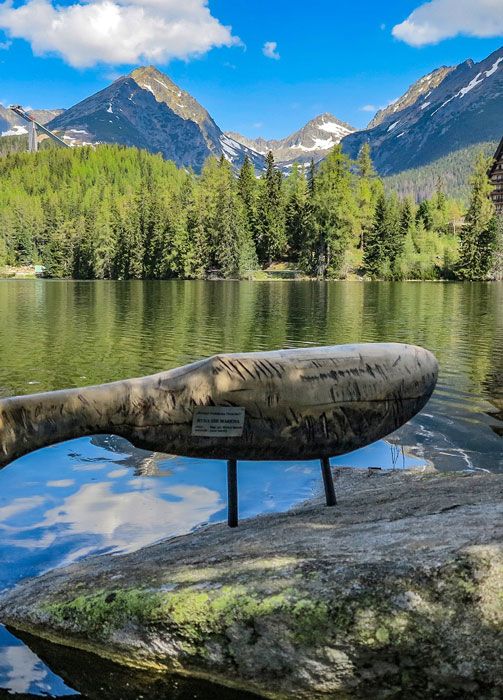 The settlement was founded on the land around the lake in 1872 by the Liptov landlord, Jozef Szentiványi. He also took care of the artificial restocking of Lake Štrbské Pleso with fishes. He owned the settlement, built and improved it until 1901, when he sold it to the Hungarian state. Szentiványi was also one of the founders and later the chairman of the Hungarian Carpathian Association, the first tourist organization not only in the High Tatras but also in the whole of Hungary. Thanks to him, the first hiking trails from Štrbské pleso to Podbanská, to Mlynická dolina and to the ridge of Solísko were built. Szentiványi correctly estimated the possibilities and prospects of the development of Štrbské pleso in connection with the completion of the Kočicko-Bohumín railway in 1871. He continued to expand the accommodation capacities of the settlement, his most expensive investments were Jozef's Villa / Jánošík / in 1893 and Villa Augusta / Jiskra, Solisko / in 1897.